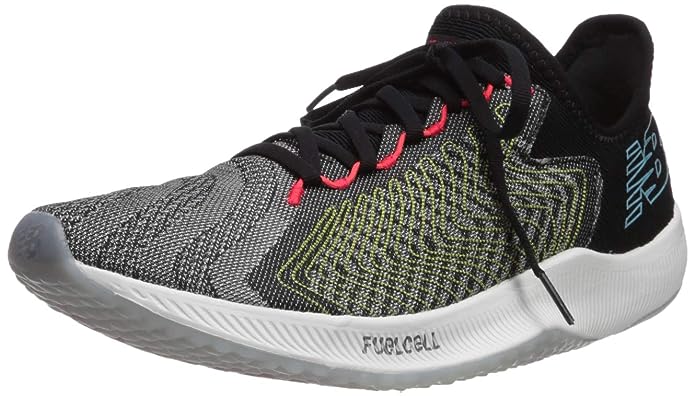 One of the shoes that got the most attention at the show is the Fuel Cell Rebel (pictured here and at the top of this article). If you know anything about any Fuel Cell models NB has previously built, forget it. The company is keeping the name, but scrapping the nitrogen-infused foam it had used before. Instead, the name will live on in a speed-based series of shoes. The Rebel is rooted in the company’s “miler project,” given the company’s success at the mid-distance with runners like Jenny Simpson. This shoe has a bold fin sticking off the lateral (outer) edge of the shoe, to smooth the landing for runners who make ground contact out on the side of their foot. We were told “this shoe is not for jogging.” No, it looks clearly built for speed. It’ll have a 6mm drop. 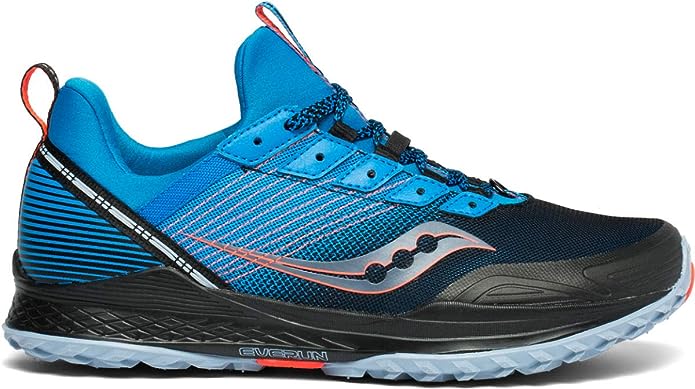 I absolutely love the concept of this trail shoe. I’ve often said that a running shoe is just a tool, and we should tweak it as needed to make it work the way we want. By that I mean you shouldn’t be afraid to punch an extra eyelet in the upper to change how you lace the shoe, or even take a knife to the mesh to relieve pressure or irritation. Saucony has taken that concept here and actually suggested where you might customize it. Do you run a course with lots of stream crossings? Break out the Milwaukee drill and poke holes in the outsole—obviously do so when the shoe is not on your foot. Labels on the rubber even tell you what size drill bit to use. Or maybe you want to wear the shoe in the winter on slippery roads? More markings show you not only where to place the screws but also what size to use. There are also multiple options—ghillies and eyelets—for lacing the shoe up tight. 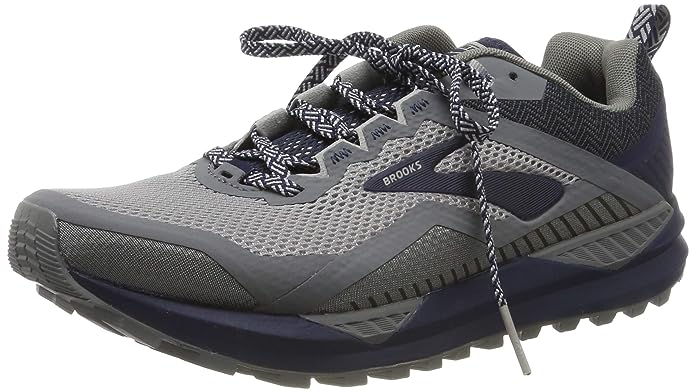 A big overhaul that caught our attention is the Cascadia—a trail titan that typically doesn’t see major changes. But the new version has been reworked top to bottom. Under the foot, a new trail rubber has a wet-grip formulation for more secure footing. Brooks says it took the rebound out of the rubber, so when you hit rocks on the trail, the rubber sticks better, rather than deflecting off it. The company has also retooled the lugs underfoot for more secure footing and changed up the pivots—those triangle wedges of firm foam at the four corners that deliver extra stability on uneven ground. Perhaps the biggest change, however, is the new knit upper. It’s a sleek execution for a shoe that’s typically had a burly construction. The knit material is lightweight but secure thanks to its no-stretch design. To give extra protection, Brooks is using a Cordura mesh just above the midsole, where you’re likely to snag rocks and sticks on technical trail. The changes are reported to bring the shoe down an astonishing 1.2 ounces. 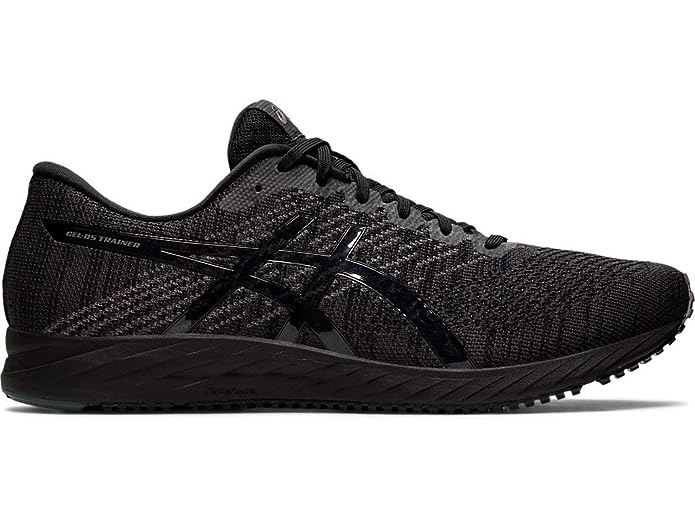 The DS Trainer has a bold new look. It’s the first Asics shoe to get a knit upper. And our early indications are that this change alone has greatly improved the long-time tempo shoe. I’ve been running in this one as well, and our wear-test team is piling miles on it now, but I find myself reaching for it on quick days more often than I did recent versions. That’s likely also due to the full-length layer of FlyteFoam Lyte. It’s a lighter version of the foam the brand has been rolling out to its cushioned titans like the Nimbus and Kayano. Although it reduces weight, it still offers excellent cushioning power and responsiveness. Asics added a new heel counter into the knit upper so you don’t get any slippage on heel lift. Don’t like the mottled design? No worry. Our test samples came in a slick blacked-out option. 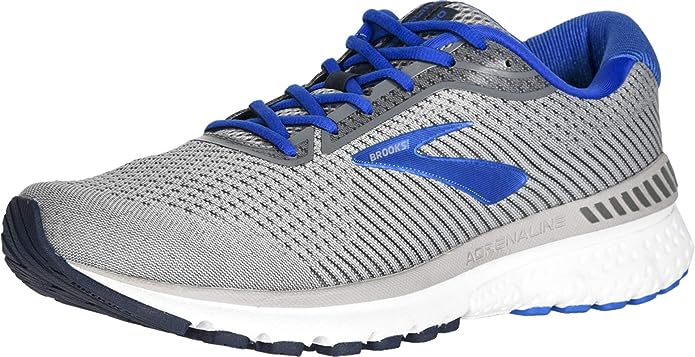 You’re forgiven if you looked at this picture and thought you were seeing a Ghost. That’s exactly what Brooks has in mind here with the Adrenaline. It’s the stability brother to the Ghost, with a similar design and fit. The difference between the two going forward is the level of support. The GTS 20 will continue using guide rails for support, just like those found on the GTS 19 that’s hitting stores right now. Those rails are in place of the traditional medial post—a firm wedge of foam under the arch for stability. But, while the shoe still delivers support for those who need it, it doesn’t scream “stability shoe.” The new engineered mesh upper has a sleek design that any runner will be proud to lace up. 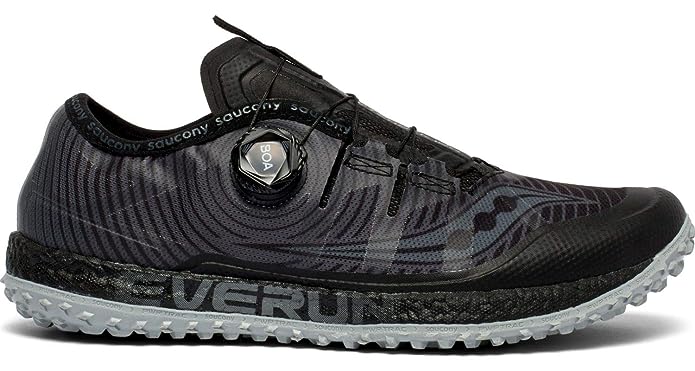 Saucony used to make a Kinvara for the trails, but it was a Kinvara in name only, really, and went extinct. The Switchback, however, is a lot like the Freedom ISO. The shoe came about because runners in northern California were taking that shoe on trails but wanted more traction. Enter the Switchback. It has a 4mm drop and full-length Everun midsole like the Freedom. One notable difference is the Boa closure for a quick, secure lock down. The dial lets you make tiny adjustments in tension—something you can’t do with laces—and won’t stretch or get loose over the duration of your run. The tread isn’t overly aggressive, which is perfect for “western technical” trails—on the East Coast we call them rail trails. 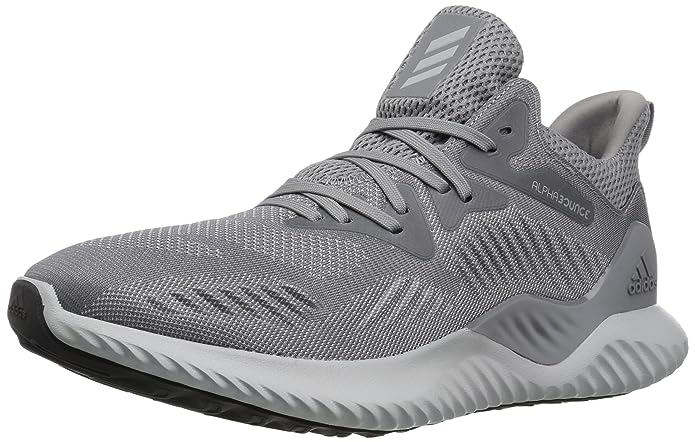 Those who wear Alphabounce don’t follow. They lead. They’re a cut above and always a step ahead. The game doesn’t run them. They run the game. And these are the next evolution of their running shoes. The men’s Alphabounce Beyond are the second generation of footwear designed specifically for athletes. Its decoupled midsole and midfoot lock down system empowers your full range of motion, allowing for unparalleled agility in any direction. Perfect for the crossovers and power runs needed to dominate basketball or rugby. 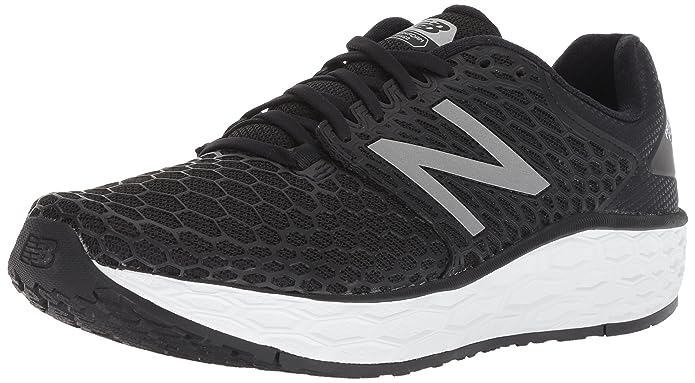 Along with their innovative Fresh Foam support, the Vongo V3’s design brings a creative and fashionable zest difficult to find in many active footwear lines. Offered in vibrant and versatile colors, the Vongo V3 makes it easy for you to pair them with everyday outfits and athletic wear. Unique to New Balance, the Vongo sports a dual-density outsole that divides the underside of the shoe into two. Designed to reduce impact isolation, you’ll immediately notice how plush the Vongo makes striking down feel. Go ahead and show off funky feet, everything about this shoe is one of a kind! It’s the little things that matter when committing to a new workout shoe, and New Balance’s Fresh Foam Vongo V3 pays attention to the small details. Expanding the toe box for comfortable toe-splay and cushioning the heel collar are among many tiny tweaks that make your decision process easier! 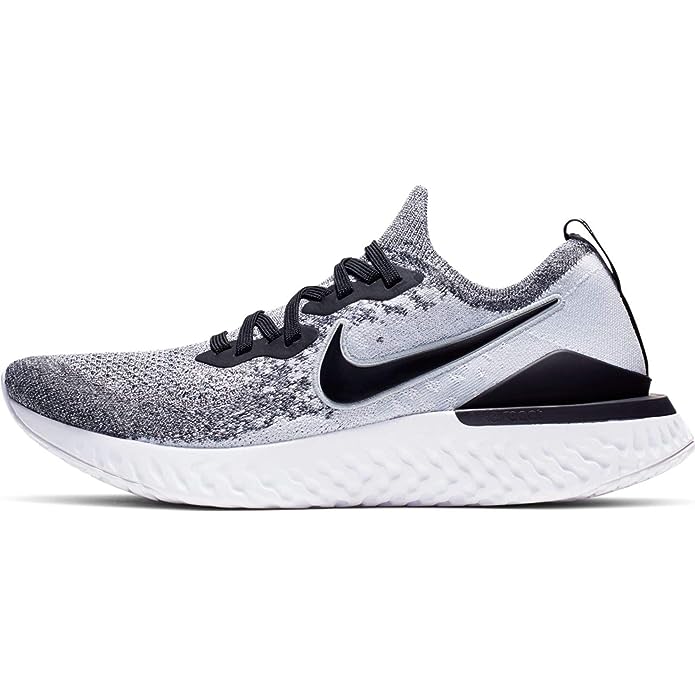 The Nike Epic React Flyknit 2 takes a step up from its predecessor with smooth, lightweight performance and a bold look. An updated Flyknit upper conforms to your foot with a minimal, supportive design. Underfoot, durable Nike React technology defies the odds by being both soft and responsive, for comfort that lasts as long as you can run. 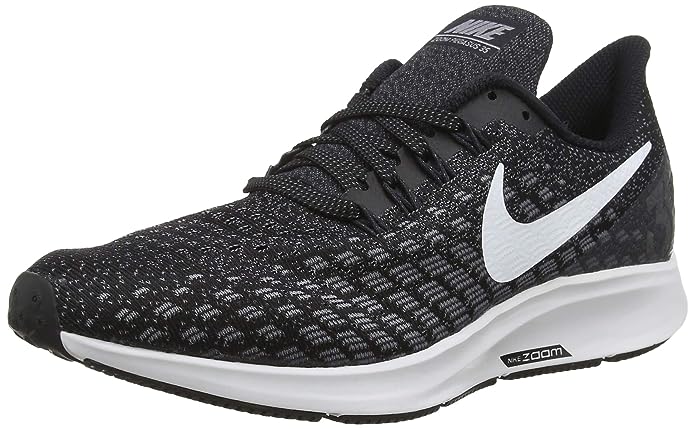 The Nike Air Zoom Pegasus 35 is built for runners at every level, whether you’re a seasoned veteran or just starting out. It features a breathable mesh upper with an out-turned collar for Achilles comfort. Down below, the cushioning has been updated with full-length Zoom Air for the first time ever to deliver a smoother, more natural stride.